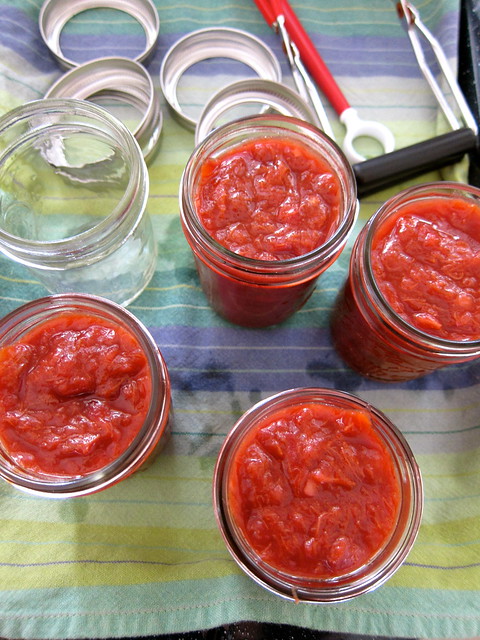 The rhubarb was so late coming up this spring, we thought they hadn’t survived the harsh winter and bought a back-up plant just in case. So when they finally did appear in the garden this week, it hardly seemed fair to have a couple of bags of it left unused in the freezer. To show our appreciation for their annual arrival, we made up a spice-filled batch of luscious Victorian Barbecue Sauce. 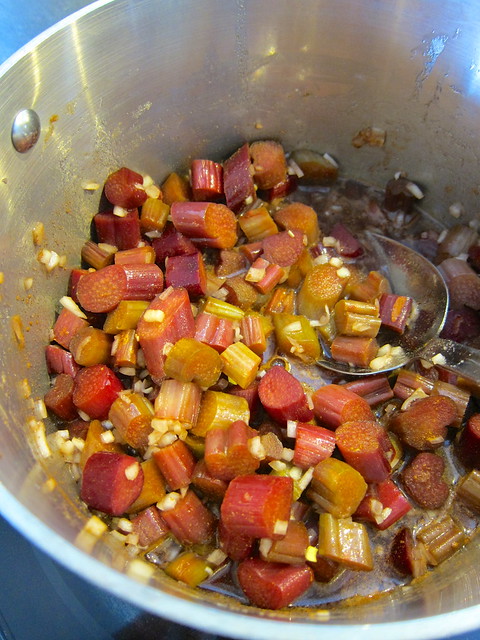 We first heard of Victorian Barbecue Sauce at one of our “Ask a Master Food Preserver” events at the farmers’ market, when a woman stopped by in search of a recipe for it. Given the vast number of recipes indexed at Eat Your Books, we were surprised to find only one reference. From the Ball Complete Book Home Preserving on the recipe’s origin: “Victorian cooks roasted their meat in huge kitchen fireplaces and enhanced it with homemade sauces concocted from garden staples such as rhubarb. Today’s barbecue chefs can add the same fruity complements to grilled foods as they cook.” 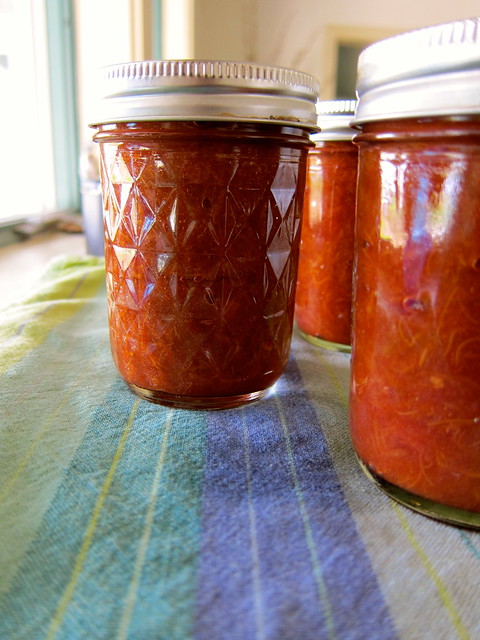 For a less chunky version, we slightly altered the original recipe (below) by omitting the raisins, mincing the onion finely, and used cider vinegar in place of white. The sauce cooked down more quickly than expected and, when we went to adjust the seasoning, the taste was unexpectedly familiar. We realized that we’d made a wonderfully delicious rhubarb ketchup and, along the way, discovered how one recipe could be made two ways.

For Rhubarb Ketchup: Omit the raisins, mince the onion finely, use cider vinegar in place of the white. Further reduce the sauce until thick and spoonable. If desired, blend for a smoother texture. Makes about 4 half-pints.

This entry was posted in cooking, preserving and tagged canning, condiments, rhubarb. Bookmark the permalink.