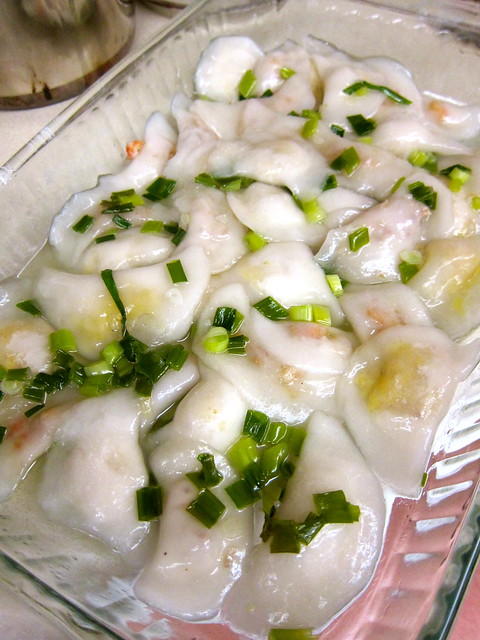 When we first heard we were going to make naked dumplings, we weren’t sure what to expect. Through Kittery Adult Education, Rose of Van Vietnamese Cooking was again offering a fun series of classes, and we quickly signed up for the one making Bánh Bột Lộc Trần, or Vietnamese Tapioca Dumplings. As it turns out, there’s a version of dumpling folded into banana leaves (Bánh Bột Lộc Là), without which the dumplings are considered “undressed.” 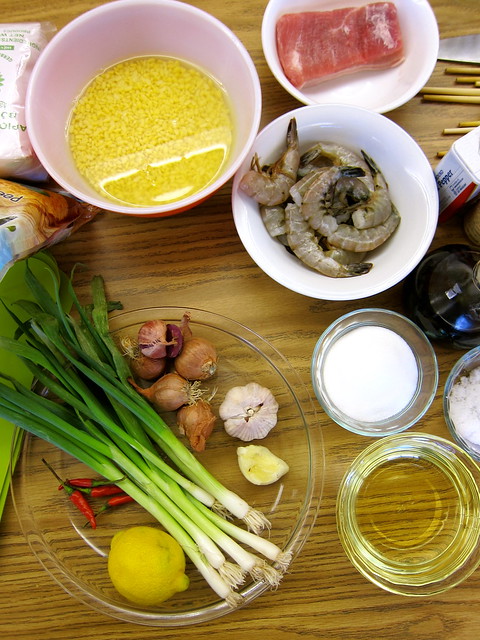 We made two different fillings for the dumplings — one of pork belly and shrimp, the other with mung beans, a vegetarian version favored by Buddhist households. 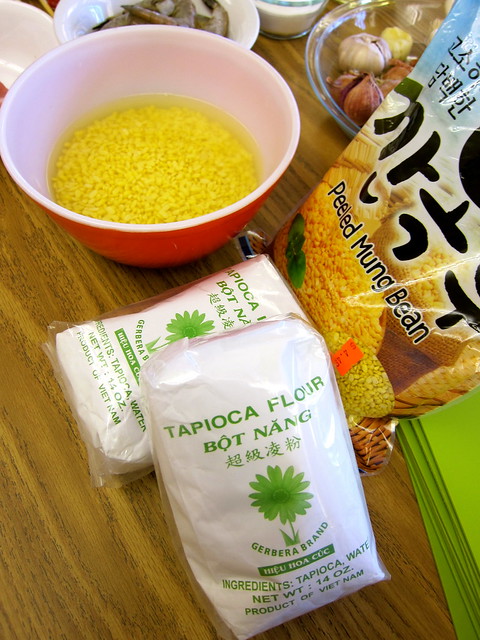 The peeled mung beans (above) were soaked for several hours, them simmered until they broke down into a dense slurry. While some versions of these dumplings use a mix of tapioca and rice flour, this one uses only tapioca, which is naturally gluten-free and makes these dumplings suitable for those with a wheat intolerance. 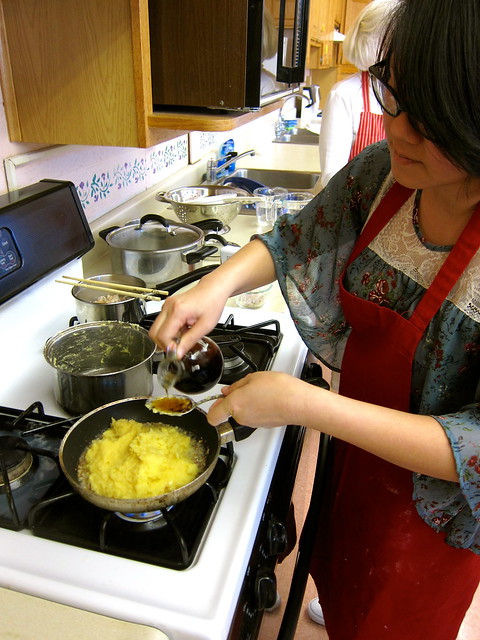 After the mung beans have broken down into a paste, it’s furthered cooked down until dry enough to form into balls, then seasoned with salt, fish sauce (above), black pepper and a smidge of sugar. The pork and shrimp filling is also precooked — both are minced, then sautéed until caramelized. 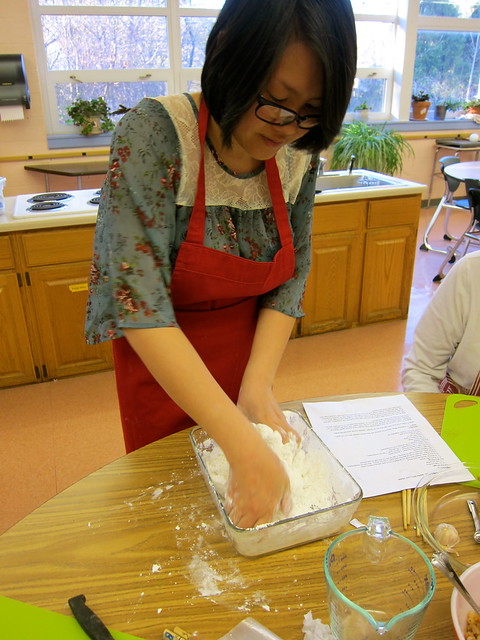 In a process similar to making Vietnamese udon noodles, Rose begins to make the dumpling dough (above) by adding boiling hot water to the tapioca flour, then kneading it by hand until it transforms itself, becoming smooth and elastic. 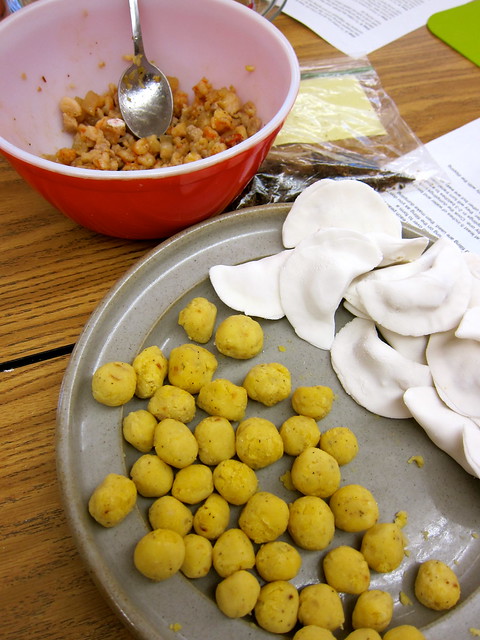 Once the dough is ready, each dumpling is formed by hand with our choice of the two stuffings. Above, clockwise from top: Shrimp and pork stuffing; the finished dumplings; and mung bean paste rolled into balls the size of large marbles, and ready to use as stuffing. 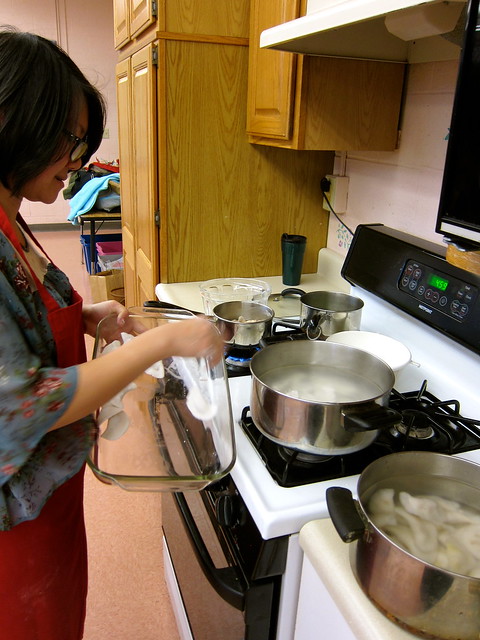 To cook, the dumplings are boiled in small batches in a large pot of water. 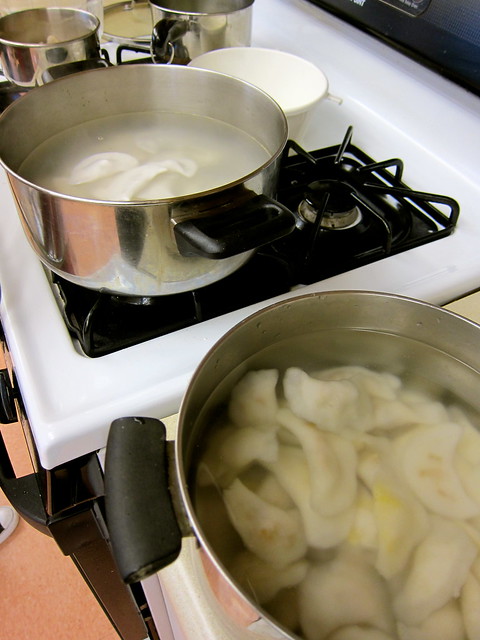 As they float to the surface, the cooked dumplings are transferred to a warm water bath to keep them from sticking to one another before serving. 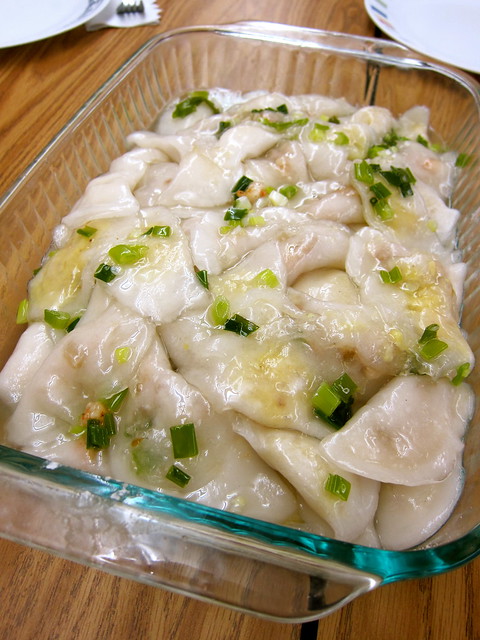 Once all the dumplings are cooked, they’re drained and dressed with scallion oil, and served with a lemony dipping sauce of fish sauce, garlic and chilies, and topped with crispy bits of fried shallots. At this point the dumplings have taken on a translucent quality, and have a softly chewy yet slightly slippery texture, in contrast with their rich, savory fillings — deliciously addicting and, with each dumpling only a bite or so, all too easy to overindulge in.