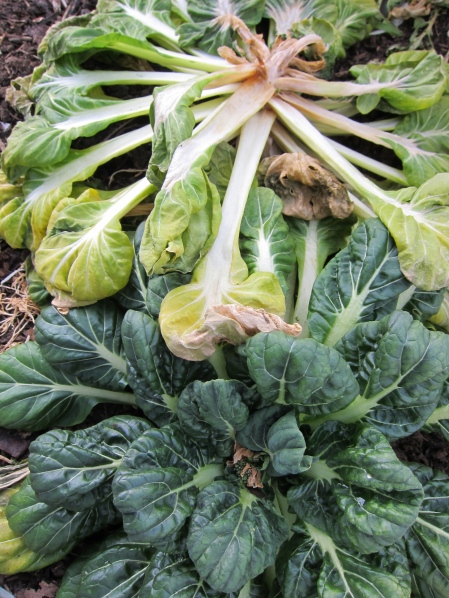 Temperatures have been bouncing between below freezing and, at times, almost 50°F. With a January thaw upon us, we checked the covered beds in hopes of having something to harvest. These were the last two tatsoi, one clearly too far gone. On closer inspection, the sturdier one had begun to rot at the stem end, most likely due to cell damage from the extreme cold, but still offered much that was edible. 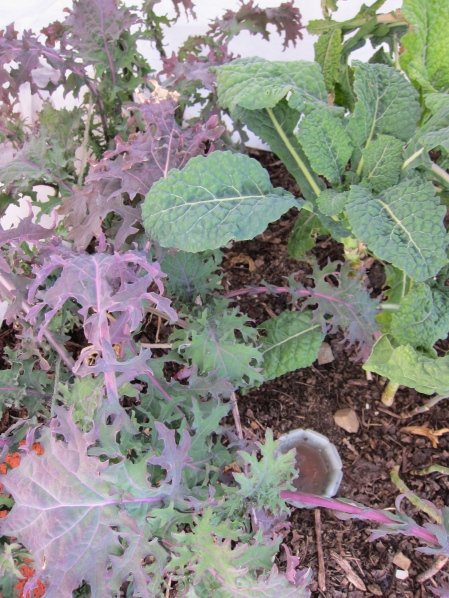 The Russian, Lacinato and Siberian kales are not only hanging on, but even show new growth coming in. 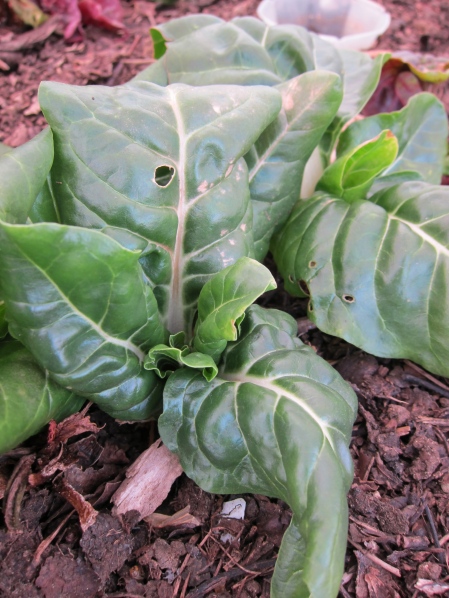 As does the Swiss chard, which is proving to be the hardier than the Rainbow chard. With February just around the corner, the days are noticeably longer and the plants that have survived thus far are beginning to respond to the additional sunlight. 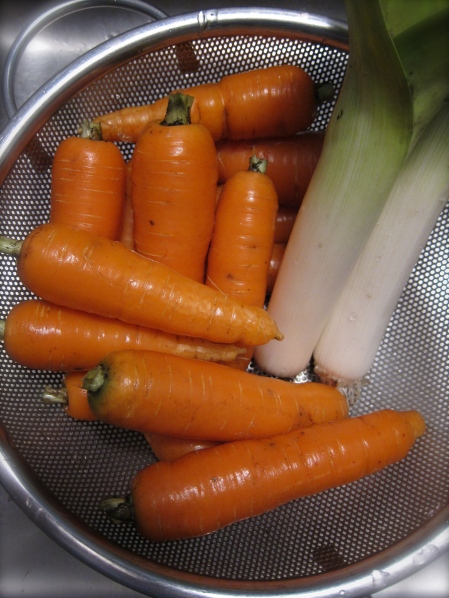 We also harvested about a third of the winter carrots and a couple of leeks. The carrots are the Nantes variety, and at this point have taken on an ethereal sweetness and crunch. The bed of King Seig leeks have an extra covering of leaf mulch, yet it’s difficult to tell if their survival is due to their hardy nature or the mild winter.

This entry was posted in garden and tagged carrots, chard, kale, leeks, tatsoi. Bookmark the permalink.