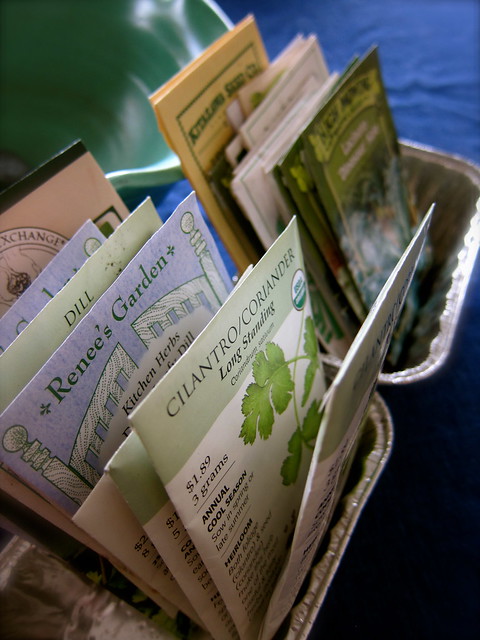 “There is a natural flow to the years,
and gardens here to match.”
— Russell Libby, “Which Gardens to Plant”

As we plan for the next growing season, we’re keeping in mind our intention to simplify. It’ll be our seventh season, and we’re now turning our attention towards refining rather than expanding. Our new mantra: Grow less, and grow it well. It’s easy to get carried away by glossy seed catalogs that arrive at a time when we’re most susceptible, but paring down the planting list does have its benefits: a more manageable garden, less chance for loss and waste, increased space for rotating the beds, and allowing the soil to rest between plantings.

Using trial and error as a guide, we try to select what works best with our garden’s micro-climate, which consists of a long and cold spring followed by a short burst of summer warmth, then a prolonged and temperate fall ending with the first hard frost. We start seeds around mid-March, a later schedule than others, then hold them back while we patiently wait for the ground to warm up and the last frost to pass. Once things are in the ground, we can expect some extra growing time in fall that helps to make up for the late start.

Even so, there are some vegetables and varieties that simply require a longer season than we have. We try to choose things that work within these constraints, such as smaller sized tomatoes, eggplants, and winter squash, and depend on our local farmers’ markets to fill in the rest. Of the vegetables we dropped last season — beets, parsnips, eggplant, and salad turnips — it was also a question of space and timing. We did miss having our own eggplants, though, and it’s very brief shelf life makes it a compelling vegetable to return to the list.

Other ways of coping with with our garden’s particular needs is through buying seed from regional sources, and by saving our own from plants as they adapt. So far, we’ve been able to save seed from shell peas, filet green beans, 3 varieties of garlic, and 2 varieties of winter tomatoes. Still, like most gardeners, we can’t resist something new and we’re adding potato onions as this season’s challenge.

Carrots
Napoli (HM) for spring and fall/winter extension. Of all the carrots we’ve tried, this one seems to do the best for us; stores well.

Potatoes
Yukon Gold (F); continue growing in containers. May change to Keuka Gold depending on this season’s outcome.

Tomatoes
Sun Gold and one other cherry (purchased seedlings). Continue Aprile and John Forti’s Piennolo from our seed saved from last season. Drop Ponderosa, season too short to reach maturity before harvest, and prefer flavor of red varieties of these winter tomatoes.

This entry was posted in garden and tagged seed notes. Bookmark the permalink.