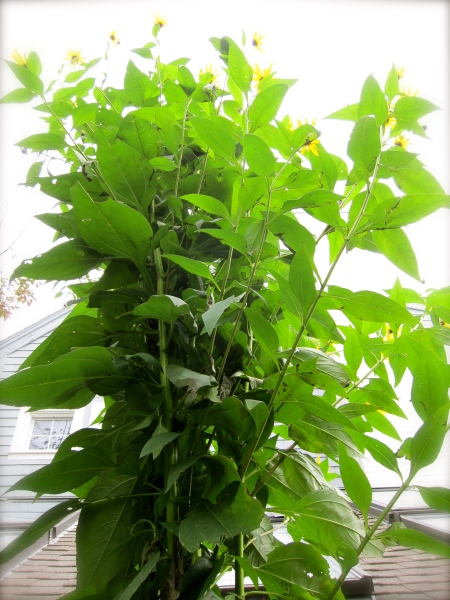 Sometimes the most casual of gifts can have the most impact, especially when it comes to plants. As part of putting in more perennial vegetables this year, we plunked two unassuming sunchokes into the ground, and watched in wonder as the darn things took root and shot up.

I’d attended Didi Emmon’s presentation on wild edibles during NOFA-NH’s Winter Conference back in March. Based on her book, “Wild Flavors: One Chef’s Transformative Year Cooking from Eva’s Farm”, Emmons was accompanied for the afternoon’s talk by Eva herself. They both held the standing-room-only crowd in thrall, passing out juniper berries, chicory root, and chickweed for us to sample, and sunchokes to take home and plant. Above left: Didi and Eva; above right: a winter salad of cabbage and foraged juniper berries, along with my bag of sunchokes and a sprig of chickweed. 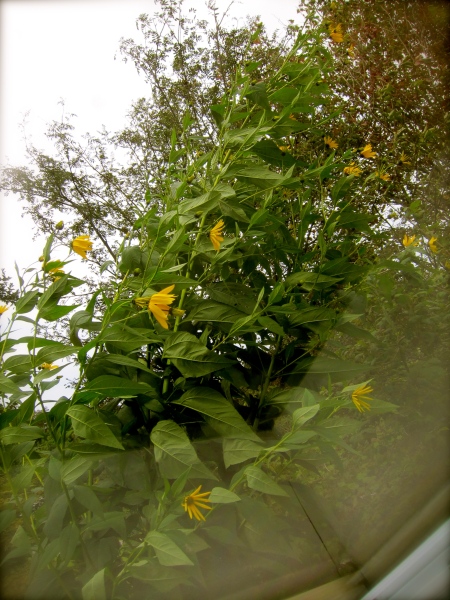 We kept the sunchoke tubers in a corner of the fridge until it came time to plant. A member of the sunflower family, we followed it all summer long as it grew, then grew some more. As the pair of them began to flower, they’d gotten so tall that the blooms were visible from the second story window. 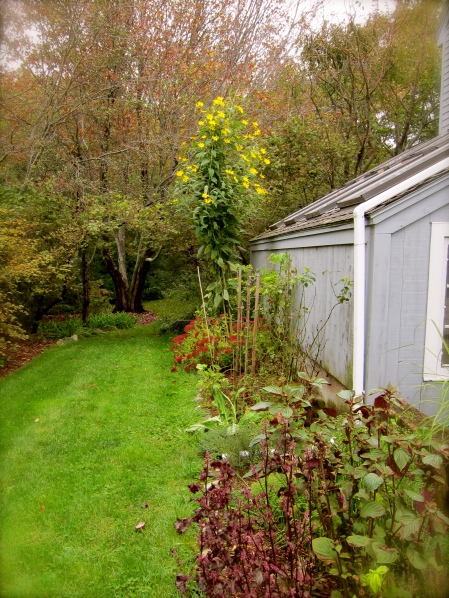 Friends who grow sunchokes themselves came over and marveled at its height: “They’re supposed to be tall, but we’ve never seen them grow this tall.”

The stalks are thick as bamboo, we’re imagining they’re strong enough to build something sturdy with.

The tubers that grow underground are the edible part, and are better left in-ground for storing over winter. We’re waiting in anticipation to find out what we encounter when the time comes to finally them dig them up.

This entry was posted in garden and tagged sunchokes. Bookmark the permalink.