We made another trip down to Rye Harbor to pick up a second bucket of northern shrimp from the F/V Rimrack. The lengthening days gave us a chance to visit the dock while it’s still light out.

They expect the season to last through most of February. By now, most of the shrimp have dropped their eggs, and shrimp quality and size are now at their best. 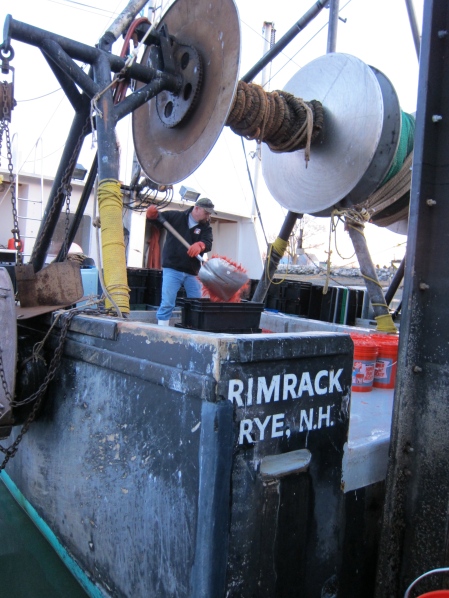 We froze a portion of the shrimp with the heads removed and shells left on. We’ll see if this makes any difference in preserving taste, mostly we’re interested in having the shells later when the recipe calls for stock. 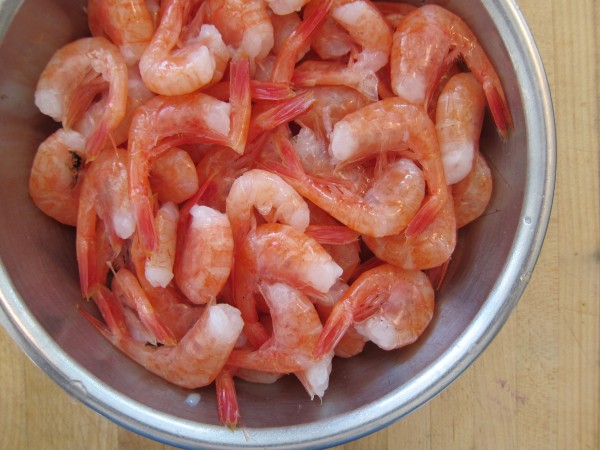 This entry was posted in field notes and tagged seafood. Bookmark the permalink.