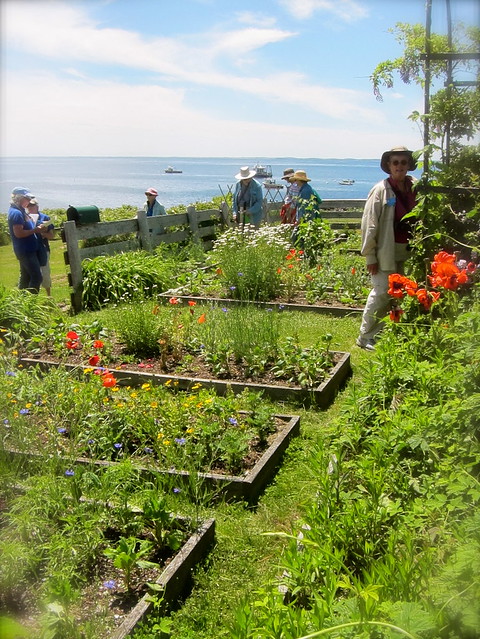 “At the Isles of Shoals, among the ledges of the largest island, Appledore, lies the small garden… Ever since I could remember anything, flowers have been like dear friends to me, comforters, inspirers, powers to uplift and to cheer. A lonely child, living on the lighthouse island ten miles away from the mainland, every blade of grass that sprang out of the ground, every humblest weed, was precious in my sight…” — Celia Thaxter, “An Island Garden”

Earlier this summer, I had the chance to visit the site of Celia Thaxter’s garden on Appledore Island. With its straight borders and paths, the garden is planted mostly with annuals that she’d fill her parlor with, as well as the nearby Appledore Hotel. There’s something about being on an island and its surround of open water that takes one out of oneself, and, though visitors frequently come just for the garden, the island itself was a source of inspiration for Celia’s many guests. 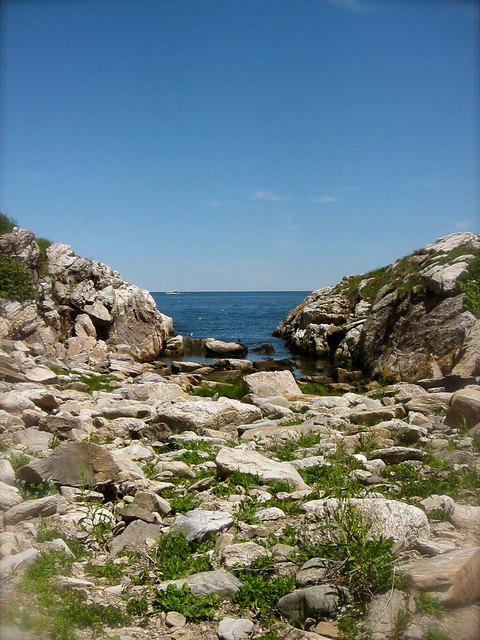 Beyond the garden, the landscape here is rugged, as a visit to the Devil’s Dance Floor, one of the island’s many coves, attests — ample evidence of the feat Celia accomplished in creating her “little old-fashioned garden.” Appledore is now home to the Shoals Marine Laboratory, which continues Celia’s tradition of welcoming visitors through its program of workshops and tours. Though this weekend is the last of the garden-specific tours, the docent-led natural and cultural history ones also includes Celia’s garden, with several dates still available in August.

This entry was posted in field trip and tagged appledore, garden, isles of shoals, marine docents. Bookmark the permalink.