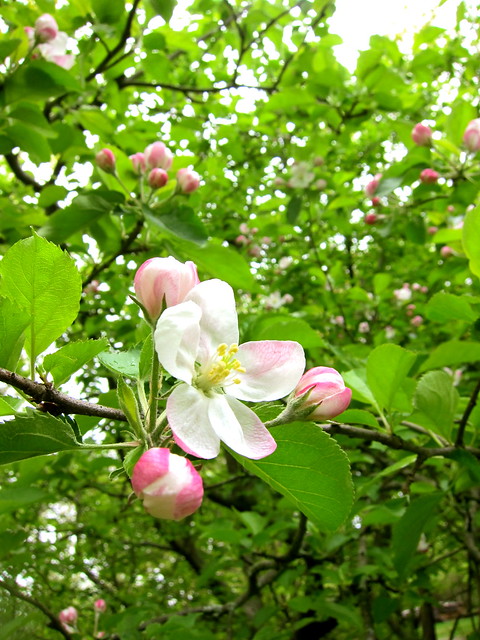 I meant to do my work today —
But a brown bird sang in the apple tree,
And a butterfly flitted across the field,
And all the leaves were calling me.
— Richard Le Gallienne

Traditionally, we hold off much of our planting until Memorial Day weekend, at which point we’re safely past any danger of last frost. This year the occasion falls earlier than usual, and instead of rushing things into the ground, we’re trying to plant by following the phases of the moon rather than the calendar. From the The Old Farmers’ Almanac:

• Plant flowers and vegetables that bear crops above ground during the light, or waxing, of the Moon: from the day the Moon is new to the day it is full.

• Plant flowering bulbs and vegetables that bear crops below ground during the dark, or waning, of the Moon: from the day after it is full to the day before it is new again.

Above: Apple tree in bloom with what we now know are edible blossoms, but not too many. 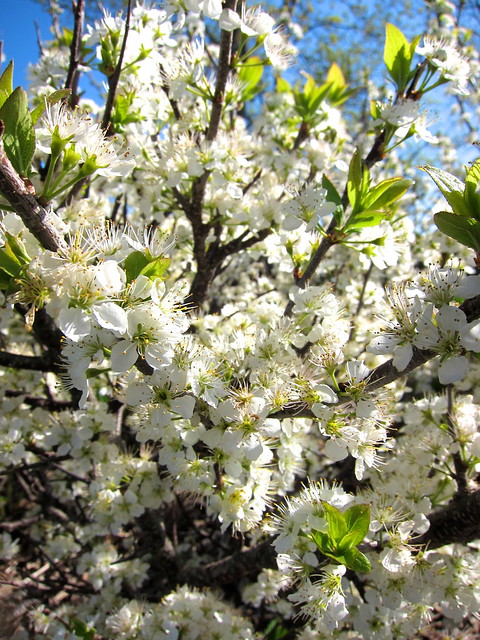 By holding off transplanting until later in the week, the lunar cycle moves into a new and, hopefully, more amenable quarter, with the added bonus that overnight temperatures may finally budge out of the 40’s. Despite the slow start, there’s still lots going on in the garden. After spending several years of getting established, we hope to get some fruit from the beach plums (above) this season, and the generous profusion of blooms is a promising start. 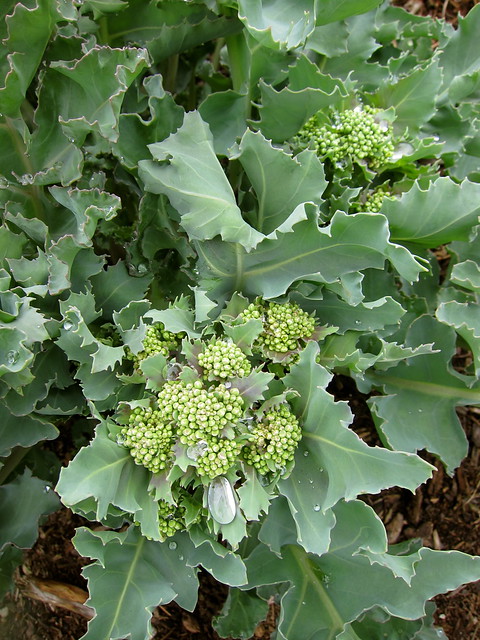 The sea kale (above) is also flowering but we harvested only a few side shoots to sample. From Paradise Lot, as described by Jonathan Bates:

The tender spring leaves taste a little like collard greens, but a single plant yields a crop of only a half dozen leaves a year; eating more would put an end to the plant in short order. One alternative is to eat some leaves in the fall after most of the growing has taken place, but we have come to prefer the early spring broccolis. Along with the first six to eight inches of tender new flower stalk growth, the broccolis, or broccolitas, can be eaten raw, mixed into salads, lightly cooked with butter and salt, or added to a vegetable stir-fry.”

We’ll leave the majority of the florets on the plant, where they’ll bloom for most of the summer, then turn into crunchy seedpods, another edible part. 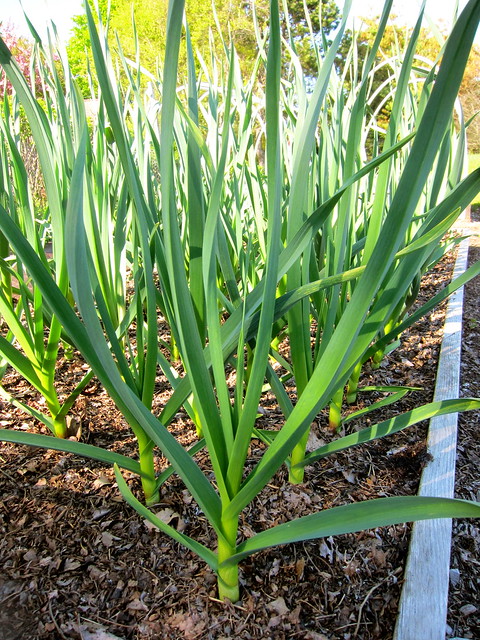 Every clove of garlic planted last fall came up, and each leaf represents a sheath around the final bulb — the more leaves, the better the protective cover when we eventually harvest and store them. Above: Music garlic. 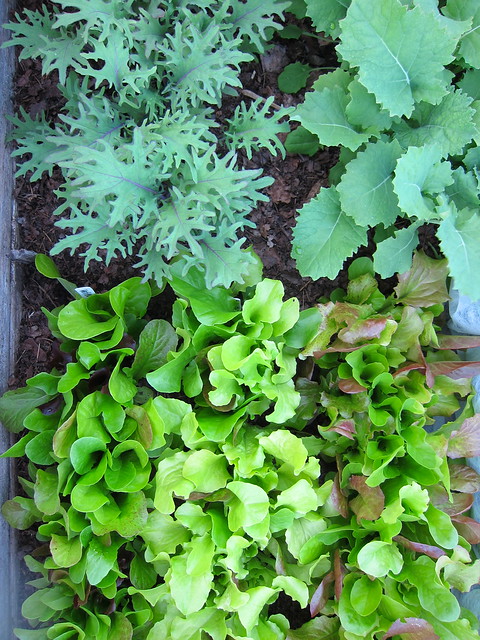 Early spring plantings of lettuce greens and kales in the cold frames are waiting to be thinned, and will go into the first garden salad of the season — it’s like a bed of Vitamin Green. 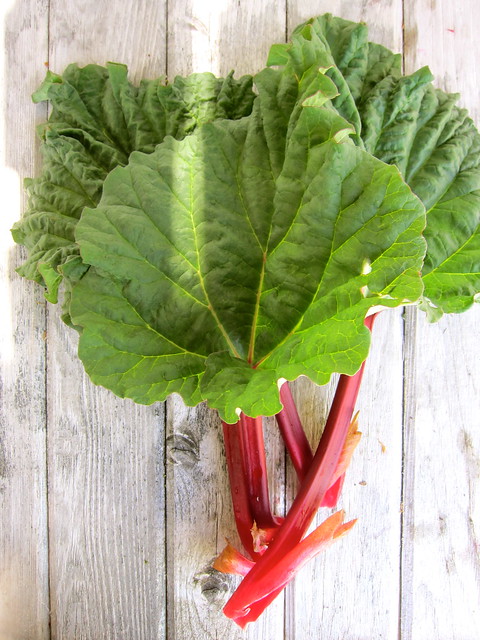 There’s not quite enough rhubarb yet to make a tart, but we couldn’t resist snatching a few stalks (above) to make a batch of scones. 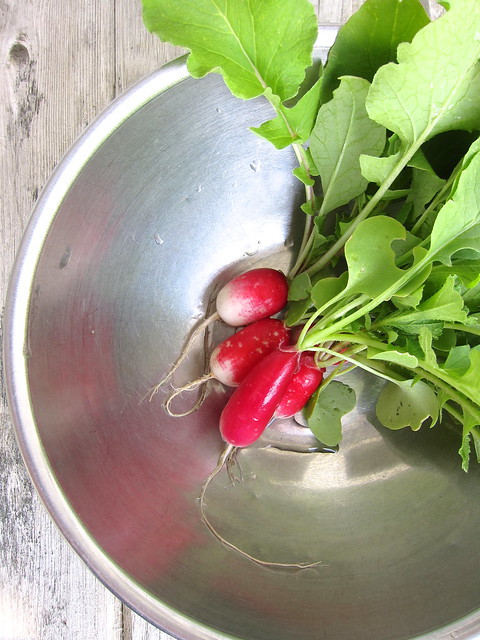 First of the season radishes (above), the leafy tops as precious as the roots. To store, cut the greens off and keep in a closed container in the refrigerator, separate from the radishes. The greens are edible and can be sautéed or stir-fried, made into a pesto or a soup; we especially like them in a spring frittata.

Harvesting: Steady supply of asparagus; first of the rhubarb and radishes; and a sampling of sea kale florets.