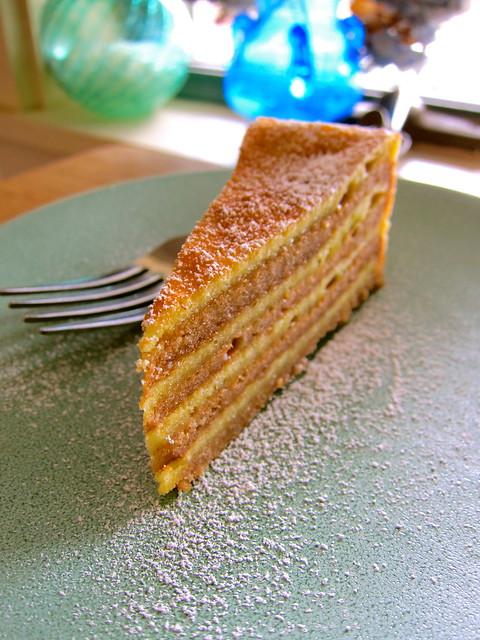 My mother used to make something we would call 10-Egg Cake, a name based on the number of eggs baked into it. Spekkoek, or Thousand Layer Spice Cake, is a similarly egg-laden concoction. Though the name is more poetic than actual, it’s composed of multiple layers, almost crepe-like in consistency, and subtly flavored with a blend of fragrant ground spices. The striated appearance of this Dutch-Indonesian specialty is formed layer by layer through the unusual method of baking each one under a broiler before adding the next. 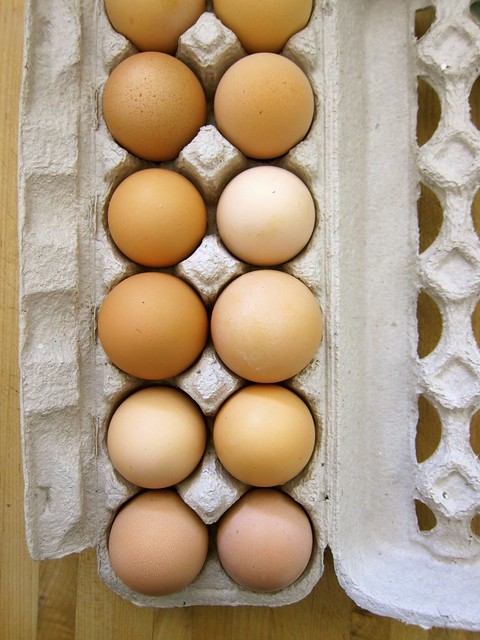 Requiring almost a whole dozen eggs, this is a celebratory sort of cake. Though Spekkoek is culturally most often associated with such holidays as New Years, Christmas or Ramadan, it seems perfect for welcoming spring with given the abundance of farm-fresh eggs that mark the commencement of the season. 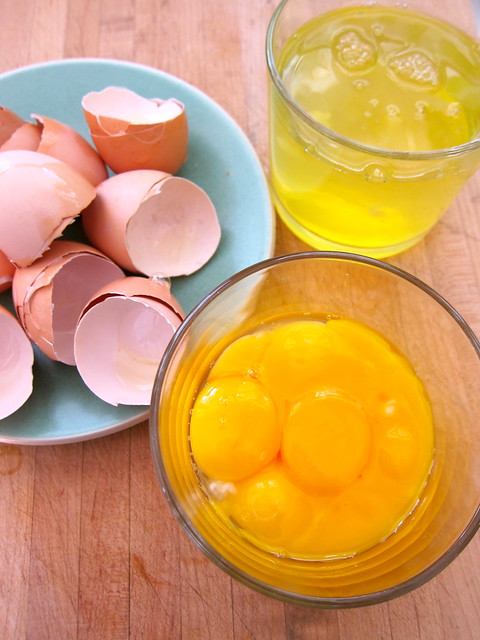 The eggs are separated and the whites beaten into fluffy peaks, then folded into a mixture of egg yolks, butter, sugar, and a minimal amount of flour. Though the number of eggs could be reduced, we like the custardy, moistness from using the full amount. 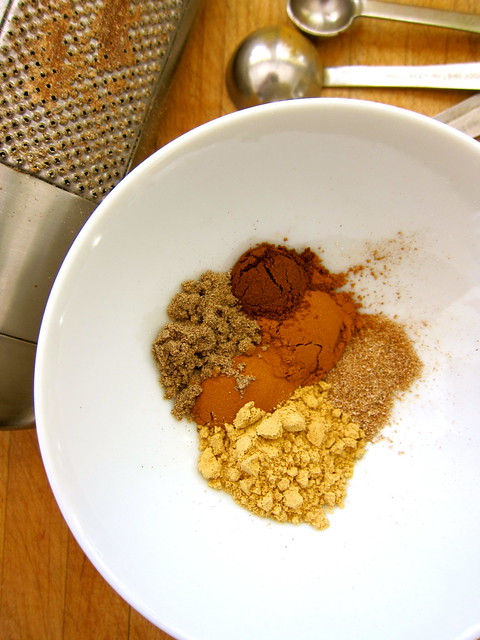 A mixture of ground cinnamon, ginger, nutmeg, cardamom and cloves is folded into half the batter for a contrasting hue. As the flavor is utterly dependent on the freshness of your spices, this may be a good time to update your supply. Given the small amount of flour called for, we imagine this cake would take readily to the many gluten-free substitutes now available. 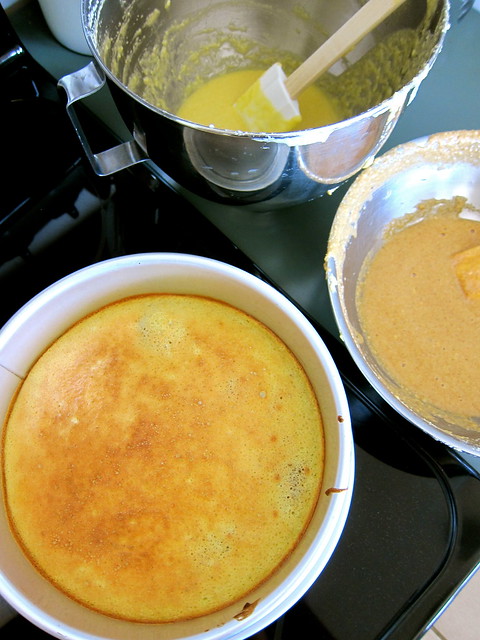 Alternating between spice and egg batters, a thin layer is poured one at a time into a cake pan, then placed under the broiler to set before adding the next. To help keep track of cooking time, setting a timer for 2 minutes per layer eases the process, which can take from 45 minutes up to an hour, depending on one’s patience and agility. As the layers cooked, we noticed a few bubbles forming; for more even-looking stripes, they may be poked and deflated before moving onto the next layer. 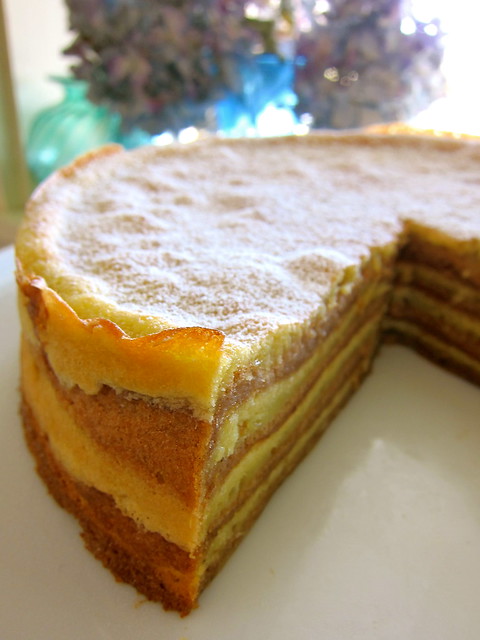 Instead of a 9 inch pan, we used an 8-inch one for a taller version. While 12 layers is the mark of a well-made cake, it may be a matter of practice but the batter seems to allow for only 8 layers. The richness of this cake calls for it to be sliced thinly, and is especially amenable to being served alongside a strong cup of coffee, regardless of the time of day.

– Using an electric mixer, beat the egg whites with a pinch of salt until stiff peaks form. Transfer the beaten egg whites to a clean bowl and set aside. Next, cream the butter and sugar together with the electric mixer until light and fluffy. Beat in the egg yolks one at a time until smooth, then gently fold the flour into the egg yolk mix.
– Add 1/3 of the beaten egg whites into the egg yolk mix, and gently fold together. Continue adding and folding in the remaining egg whites, one third at a time. Divide the batter between two bowls. Combine the spices, then add to one of the bowls; fold the spices into the batter until well-mixed.
– Line the bottom of a buttered 9″ round cake pan (or springform pan) with parchment paper. Pour about 1/2 cup of the spice batter into the pan, spreading to form a thin layer. Place pan under a preheated broiler until the layer is firm and very lightly browned, about 2 minutes. Spread 1/2 cup of the plain batter over the top and broil until firm. Repeat layering and broiling until all the batter is used, approximately 8 layers total.
– Let the cake cool, then remove from pan. Sprinkle top with confectioners’ sugar. Serve in thin slices. May be kept covered in an air-tight container or in the fridge for a week, or wrapped in foil and frozen.

Adapted from Food.com. Submitted to Weekend Herb Blogging, hosted this week by Simona at Briciole. Though technically Spekkoek doesn’t contain herbs, which refers to the leafy parts of plants, they’re often grouped with spices, which are the roots, bark and seeds.

This entry was posted in cooking and tagged baking, butter, cake, eggs. Bookmark the permalink.