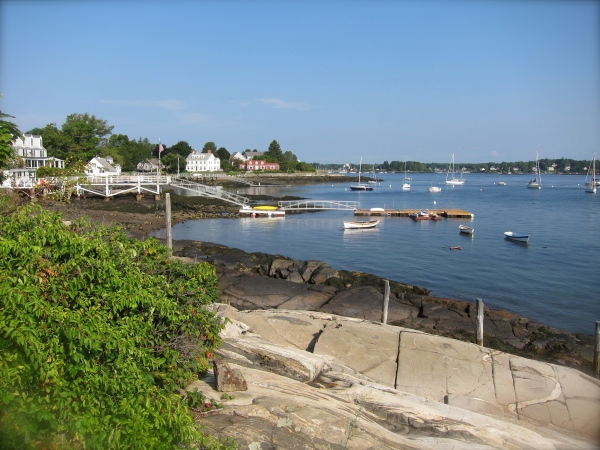 The prediction was for thundershowers, but not until afternoon. Meanwhile, the weather looked promising for a day out on the water. Through their Marine Docents program, the University of New Hampshire offers several educational cruises each summer — we’d enjoyed taking the Isles of Shoals Discovery Cruise several years ago, and were looking forward to this one up to Great Bay Estuary. 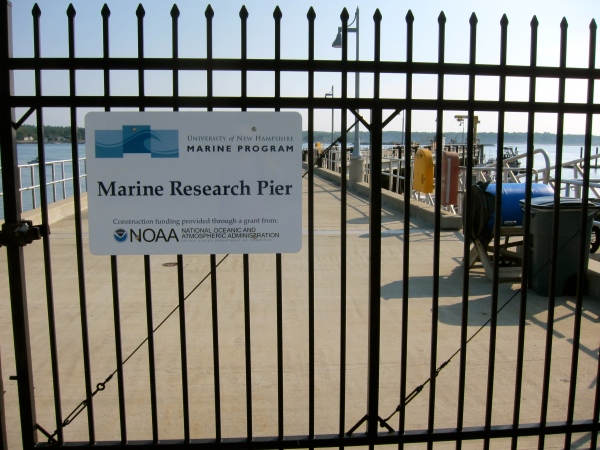 The cruise launches from the Marine Research Pier in New Castle. Opened in 2009, it provides dock space for the UNH fleet, as well as areas for experimental research tucked in among the bays underneath. 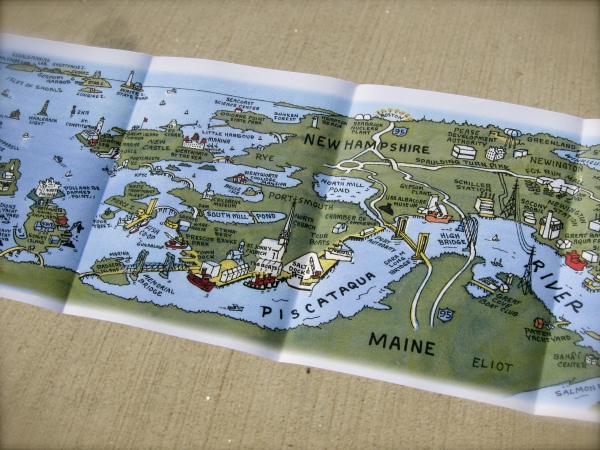 After checking in, we were given a map showing the landmarks to guide us along the way. Starting from New Castle, the cruise travels up the Piscataqua River, then into Great Bay Estuary, a tidal basin where seven rivers meet the sea. 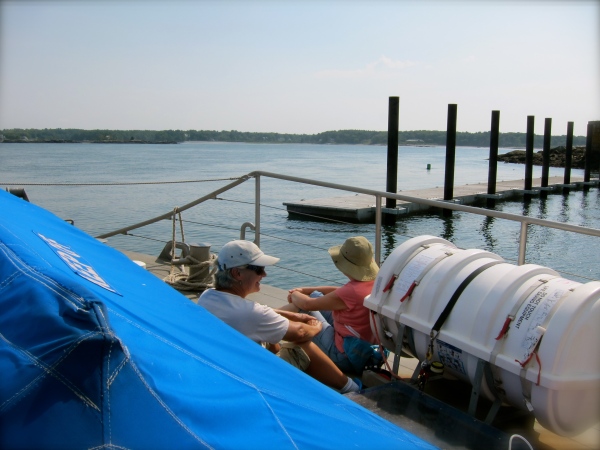 Our group of families, couples, docents and students settled aboard the UNH research vessel, Gulf Challenger, and left the dock around 9 in the morning. 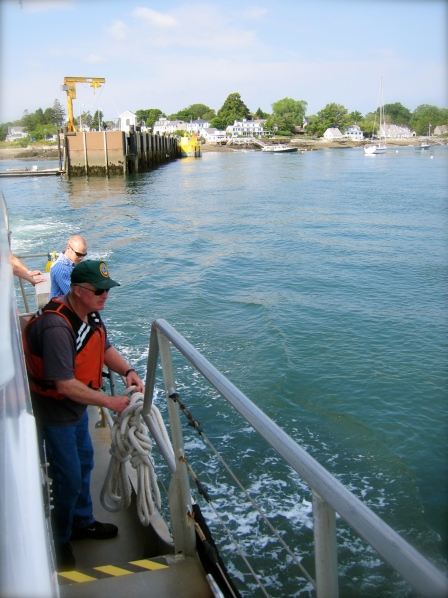 The shoreline is typical of a working waterfront, a mix of the quaint and the industrial… 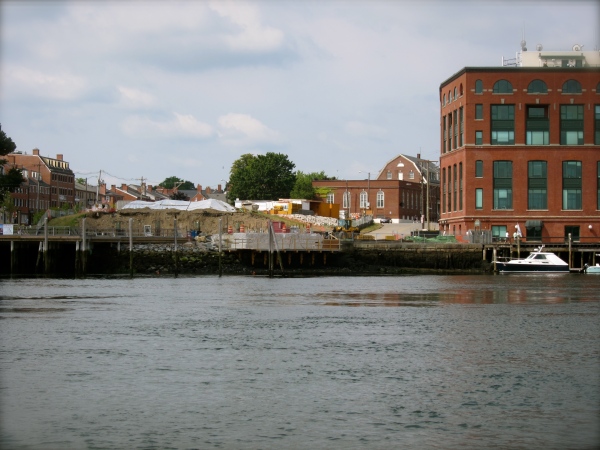 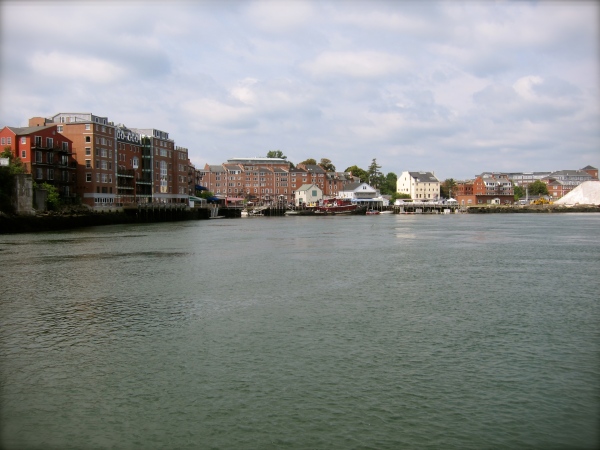 ...past the salt pile on the edge of town… 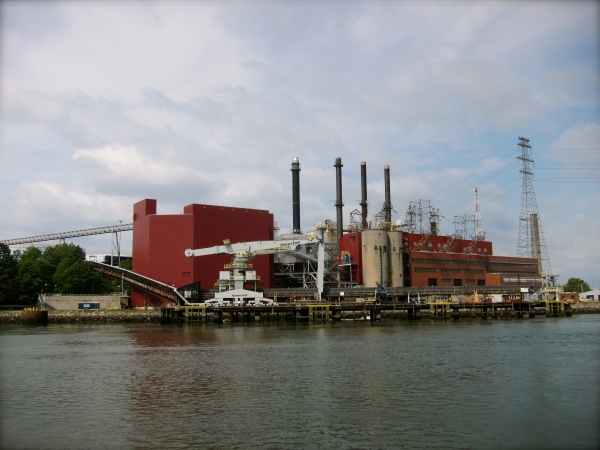 …to the Schiller energy plant… 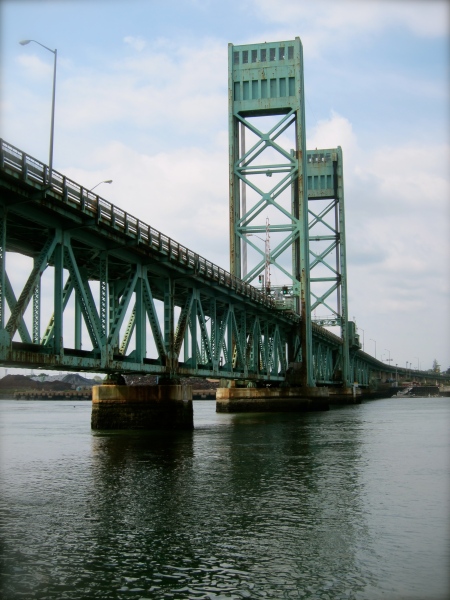 …and under the Sarah Mildred Long and Piscataqua Bridges along the way. 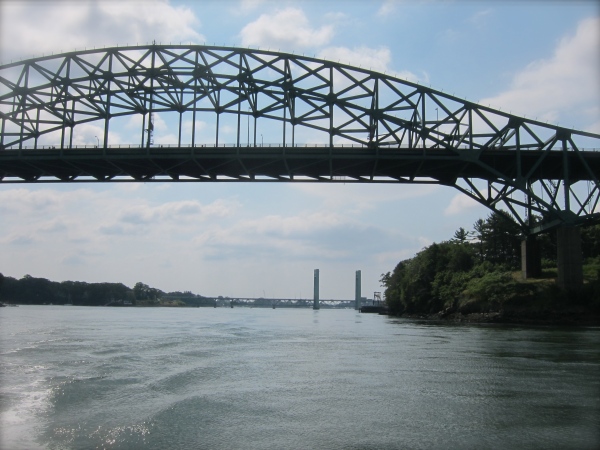 We made stops to conduct water tests… 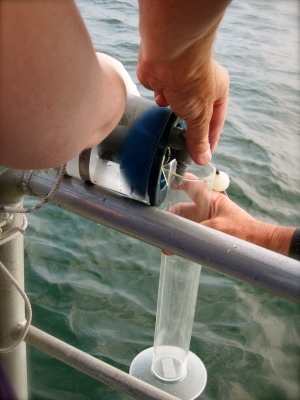 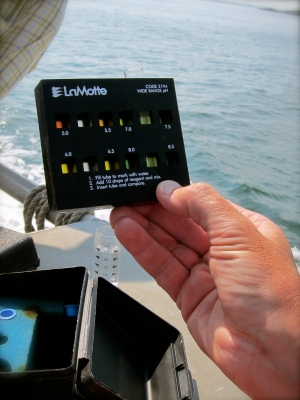 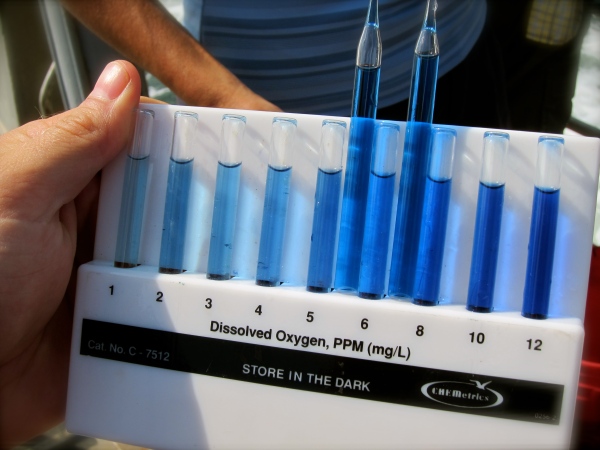 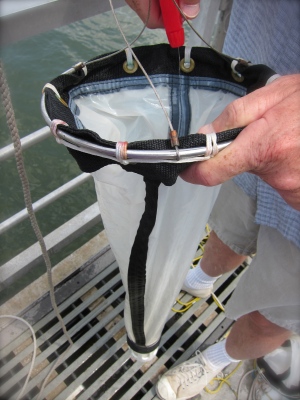 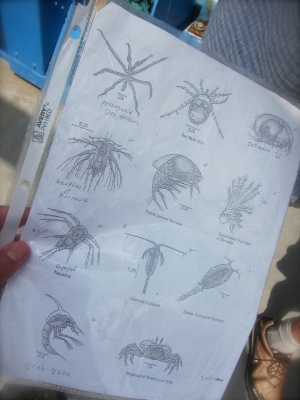 …and towed for plankton as ways of monitoring the health of the environment. 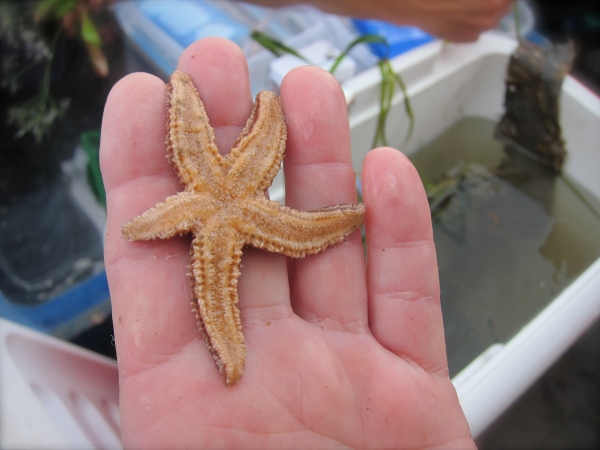 There was also sea life from the intertidal zone to take a closer look at. This lopsided sea star is regenerating one of its arms. 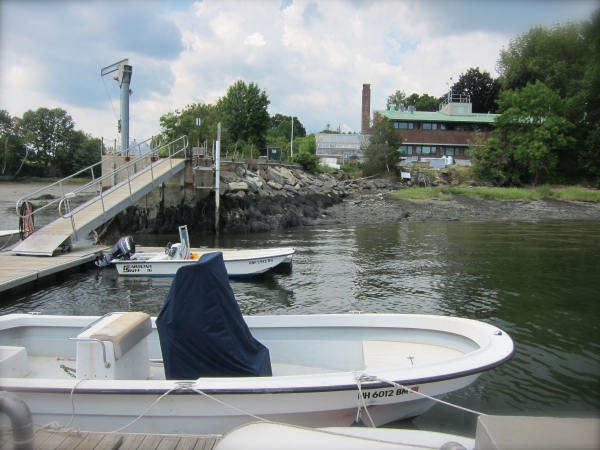 Our final destination was the Jackson Estuarine Laboratory, located on Adams Point in Great Bay, where we toured the facilities and heard from several scientists about their different research projects. 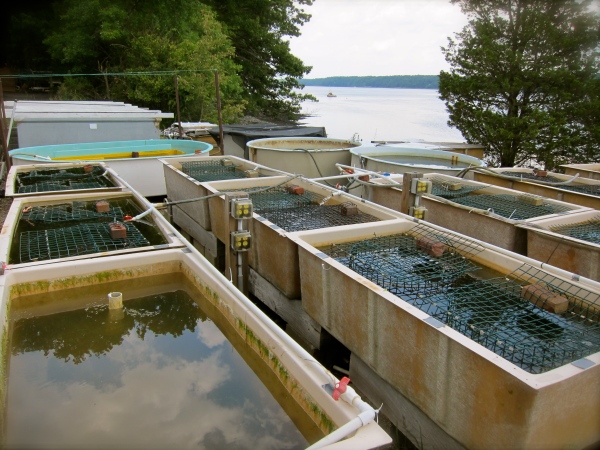 Outside the lab were research tanks holding horseshoe crabs, of special interest to scientists for their blue, copper-based blood, which is useful for testing medicines. 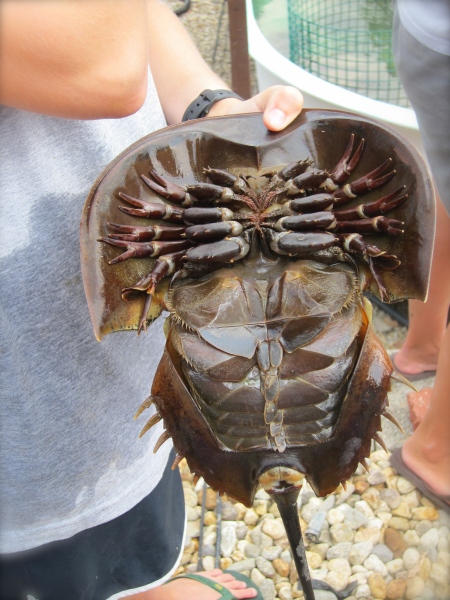 Pre-dating dinosaurs, these heavily armored crabs can most often be seen in May and June when they lay their eggs along the shores of Great Bay. On the underside, pincer-tipped legs surround their centrally located mouths.

With the turning of the tide, it was time to head back. 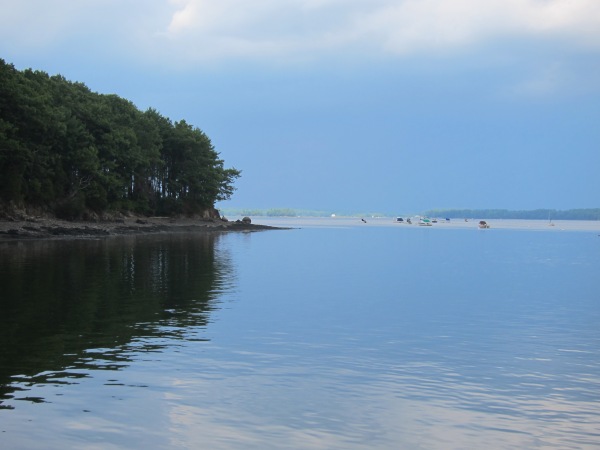 As we boarded, the air felt charged with energy. Some of the docents began measuring the distance of the storm, counting off the seconds between flashes of lightening and the sound of thunder. 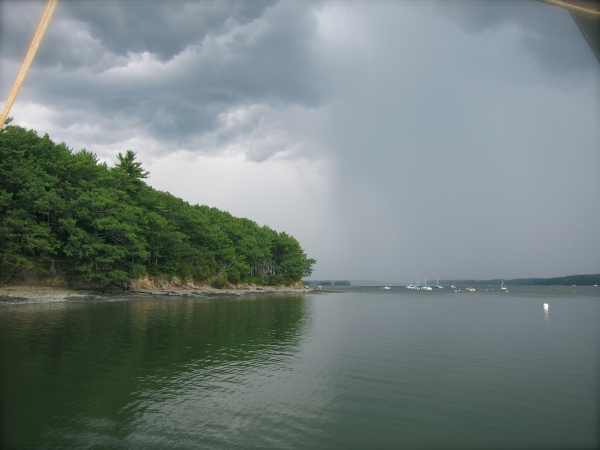 We’d barely cast off when, after quickly assessing the situation, the Captain turned the boat around and headed back to the safety of the lab. The storm was clearly headed our way and would soon be upon us. 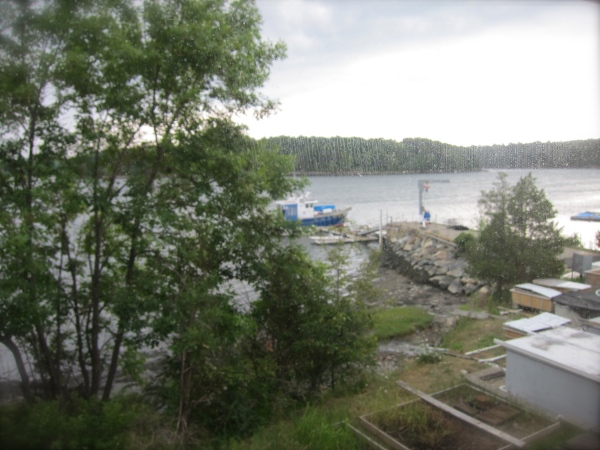 We reached the lab at the same time as the rain and took shelter there as we waited the storm out, grateful that we hadn’t been caught on open water with lightening overhead. 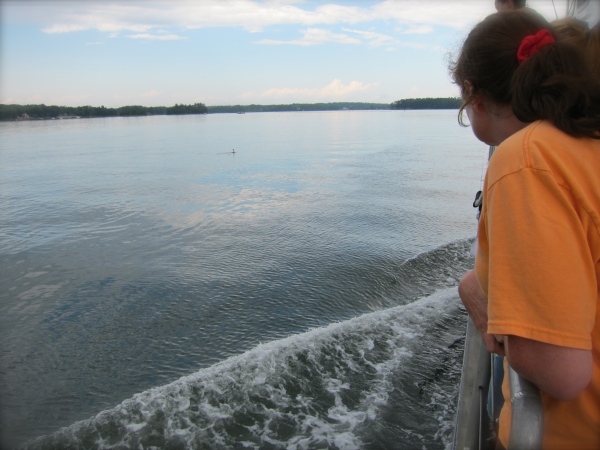 Once the storm passed, we made our way back to New Castle, later than anticipated but safe and sound. Many thanks to the Captain, crew, and marine docents for sharing their day and taking such good care of us.

This entry was posted in field trip, interlude. Bookmark the permalink.