It’s mid-October and our summer squash plants are finally ending their run. Scorpacciata is an Italian word meaning feasting while in season; is there another word to capture the sadness we feel knowing that we won’t have it again until next year? 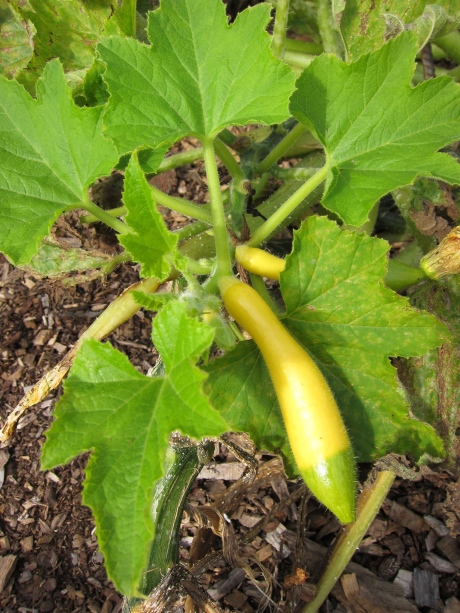 We grow two kinds of summer squash — the two-toned Zephyr above, a hybrid, and the Costata Romanesco below, an Italian heirloom. The Costata Romanesco is a slower producer, but the prolific Zephyr more than makes up for that. Strangely, the salt bath from Tropical Storm Irene kept powdery mildew at bay this year, and the summer squash continued to produce longer than usual.

Both squashes have nutty tasting, firm flesh, which makes them particularly suited to being grilled. The days are now becoming too short for that and, with these final remnants of summer, we made Zucchini Ripieni and baked them stuffed with ground lamb and mint. The last handful of Jimmy Nardello red peppers, another Italian heirloom, became a side of pepperonata with toasted breadcrumbs. A salad of Lacinato kale and farro, tossed with red onion and ricotta salata, rounded out the meal, one that reminded us of the passing of another season.

This entry was posted in cooking, garden and tagged summer squash. Bookmark the permalink.