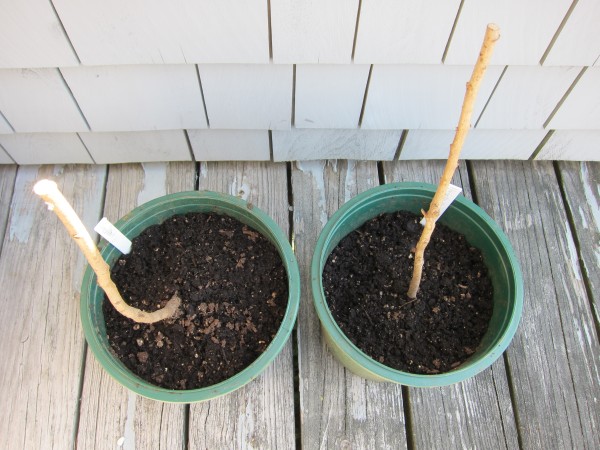 Gardening is sometimes a leap of faith. I’d ordered a pair of hazelberts, and received what appeared to be two sticks with some roots attached. Described as “bare root,” I stuck them in a couple of pots (above), crossed my fingers, and hoped for the best.

A month later, and patience rewarded — the sticks are now showing signs of new growth. My fingers, however, remain crossed.

A friend had also given me a piece off his ginger plant to root, and I was thrilled to see that it’s also showing signs of life. Many thanks to Daphne’s crew of gardeners who gather each Monday to share their harvests and harvests-to-be, including their own experiments with growing ginger.

This entry was posted in garden and tagged ginger, hazelbert. Bookmark the permalink.